The most effective agents for acquiring and closing MA Brownfields Tax Credit transactions, EDI is trusted by Fortune 500 companies, banks, insurance companies, real estate developers, community organizations, individuals and neighborhood coalitions.  Native to Massachusetts and deeply committed to economic and environmental integrity, we continue to prove our value with each transaction.

We have serviced projects ranging in remediation costs from $100,000 to $30,000,000, including the largest Brownfields tax credit projects in the state of Massachusetts.

The principals of EDI Hal Davis and Bob Dorfman, bring a powerful blend of legal, financial and economic development experience to their clients, having structured and raised in excess of $1 billion in financing. Qualified experts in MA Brownfields Tax Credit finance, we at EDI look forward to assisting you in your next transaction.

Harold R. Davis, President of EDI, has worked in various aspects of economic development for over thirty years. He was employed as the first economic development director for the South Shore Chamber of Commerce located in Quincy, MA. He has recently assisted the Town of Plymouth, Massachusetts to establish a revitalized economic development program through the creation of a public/private foundation.

As an attorney, Hal has acted as bond counsel for several hundred tax-exempt bond issues and established local development companies in several states. He has participated in over two hundred Small Business Administration loan transactions. In recognition of his services to small business, he received the Small Business Administration’s Community Development Award for New England. Mr. Davis is of Counsel to the Boston law firm of Davis, Malm & D’Agostine, P.C.

Hal is a graduate of Bowdoin College and the Georgetown University Law Center and has been approved as a Certified Economic Developer by the American Economic Development Council. 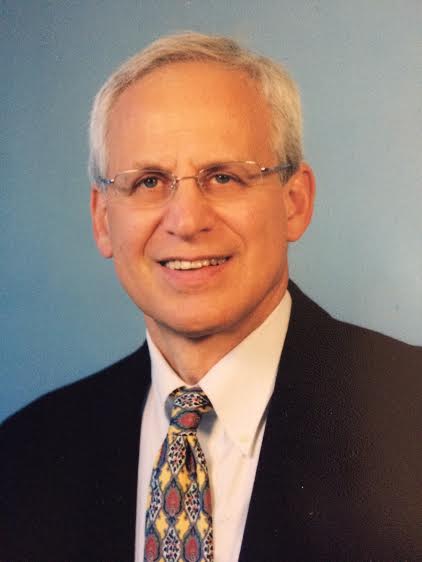 Bob Dorfman, CEO of EDI and President of Dorfman Capital, has a distinguished track record in structuring and closing innovative financing transactions. Since 1979, as both an agent and principal, Bob has completed approximately $1 billion in financing for corporations and real estate developers. He has committed himself to transforming communities to become economically and environmentally healthy by recycling real estate through brownfields development and historic reuse.

Today Dorfman Capital is among the premier financiers of MA brownfields remediation projects, and has expanded to include Federal and State Tax Credits for Historic reuse, Low Income Housing, Solar and New Market Tax Credits.

A native of Worcester, MA, Bob earned his BA at Tufts University and an MBA at Boston University. After working in Boston for many years, he now serves his clients from Cotuit, on Cape Cod. Bob participates both as an instructor and participant in leading edge industry trainings.

Miriam Merari, Vice President of EDI, is responsible for identifying investors’ needs and working with developers to fulfill those capital stack needs. With a diverse business background as fundraiser, serial entrepreneur and business consultant, Miriam’s experience raising capital for critical projects is a vital contribution to EDI.

Miriam has been in the tax incentive industry since the early 1980s, initially raising tax credit equity for transportation equipment leasing partnerships and renewable energy wind farms. As Vice President of the largest transportation equipment  leasing companies in the U.S., Miriam was directly responsible for raising over one hundred million dollars in tax credit equity. She attended Bentley University, with additional studies in diverse areas of interest. Miriam is a certified yoga teacher, chef, world traveler and student of life.

The Beginning: The Warren Oil Story

It was no accident that Bob Dorfman’s professional career would eventually include brownfields tax credit financing.

In 1950 Leon’s son-in-law and Bob’s father, Sidney Dorfman, joined the company and would later establish the Home Oil Company, the first discount fuel oil company servicing Worcester County.  “Sid The Oil Man” became the company’s trademark.
As a boy in the 1960’s Bob worked Christmas Eves delivering oil with Sid when company drivers were not available.  In those days Bob learned how to collect and count money. Bob developed into the company’s star salesman during his college years before entering into the world of finance.
Over a 10 year period from the mid 1980’s to the mid 1990’s environmental standards and regulations became strict and 459 Southbridge Street was subject to the new Massachusetts Department of Environmental Protection regulations.  A major cleanup was required and implemented.  By then Bob was established in his career in finance and, along with Sidney, managed the cleanup project.
459 Southbridge Street was Bob’s first brownfields remediation project. While neither Sidney nor Bob could have predicted it at that time, this experience was the foundation for Dorfman Capital’s expertise and interest in the brownfields tax credit finance business.
Today Dorfman Capital is among the premier financiers of MA brownfields remediation projects (MA BTC's), and has expanded to include Federal and State Tax Credits for Historic reuse (HTC), Low Income Housing (LIHTC), Film, Energy (ITC), New Market Tax Credits (NMTC) and many more.